My Axis 150point army had to defense and control at least one building till end of 8 turn. Allies (Marek) and SSU (Piotrek), both 100p. armies, tried to eliminate defender, then could fight each other. My personal target was to defense „THE ALAMO”, building which I have made lately. 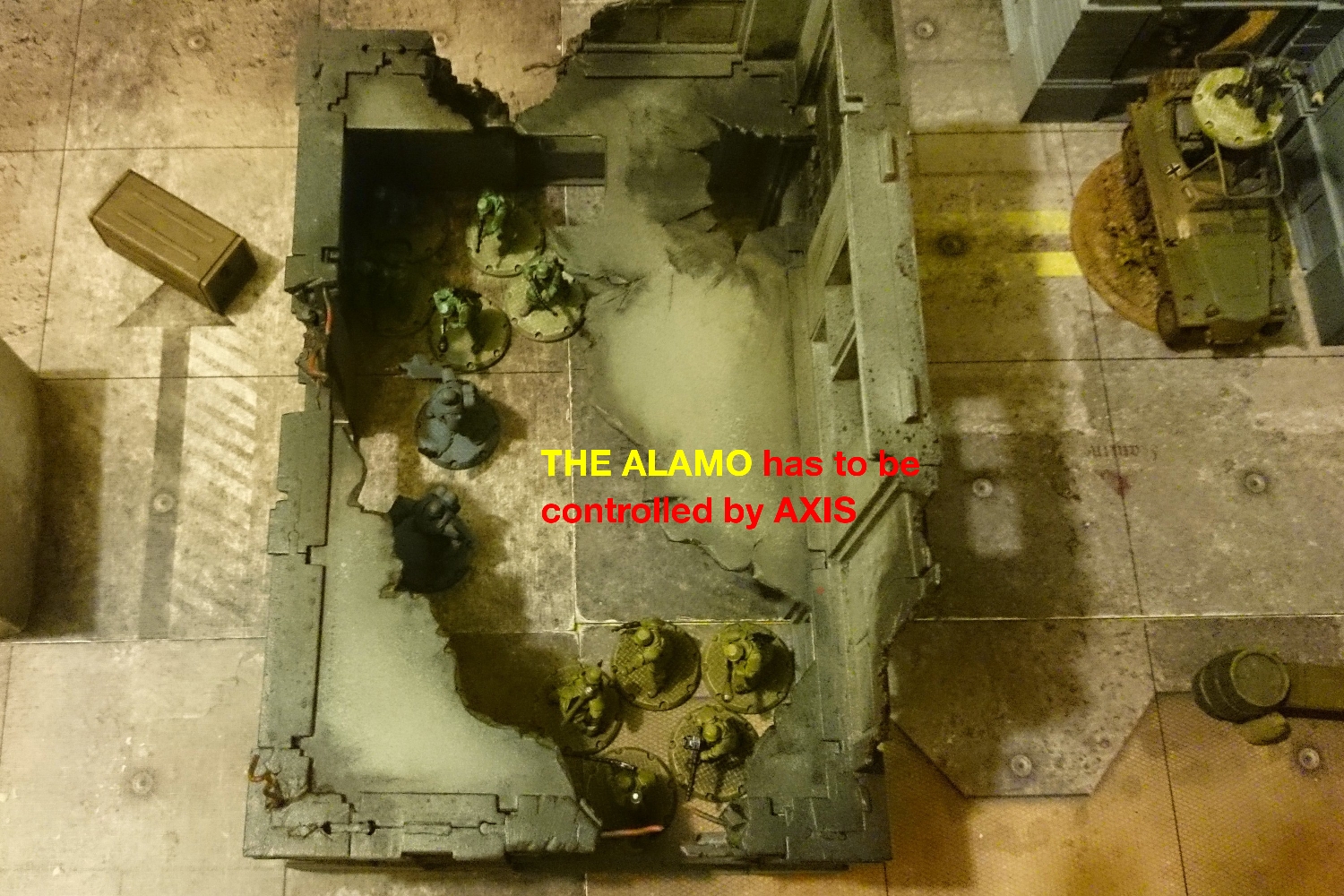 I have to spread my forces. My Wotan was focused on Allies led by Cobra and Bulldog. I was lucky and Wotan eliminated both Allied walkers. Unfortunately Marek destroyed my Command Wagon and Old Men Officer, it hurt and somehow annihilated my advantage. Elimination of the infantry needed involvement of The Ghosts, Tommy Cookers,Faceless Death + rest of Old Men team. Nevertheless during third turn Allies were neutralized. 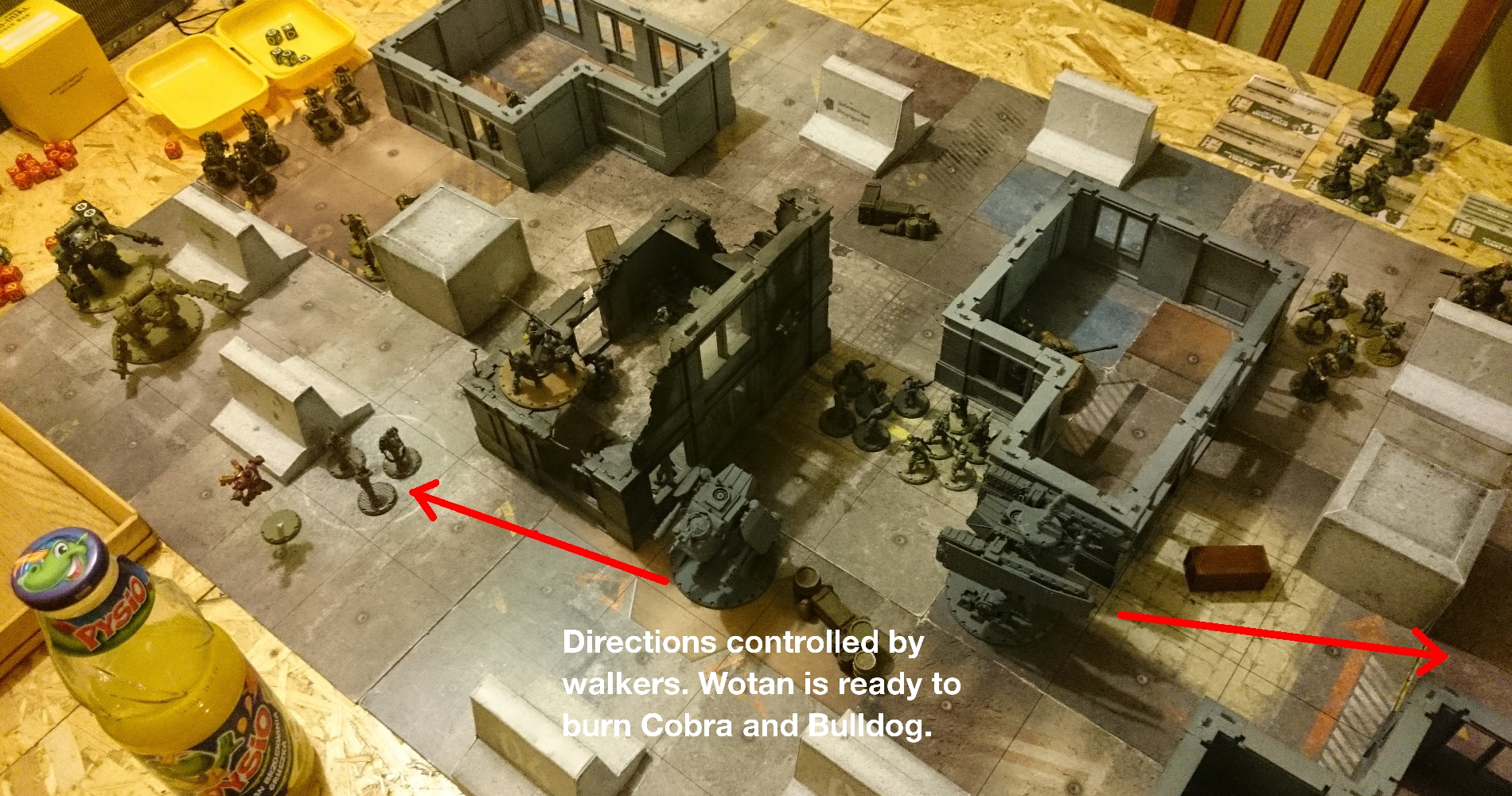 As usually, I underestimated SSU. Especially Mr.General and SSU infrantry in close combat were very badly for my Axis. „The Alamo” was control by Sturmmpioniers, The Ghosts, The Panzers and Death Rays. Moreover defence was supported by Flamm-Luther. But SSU hordes were unstoppable. 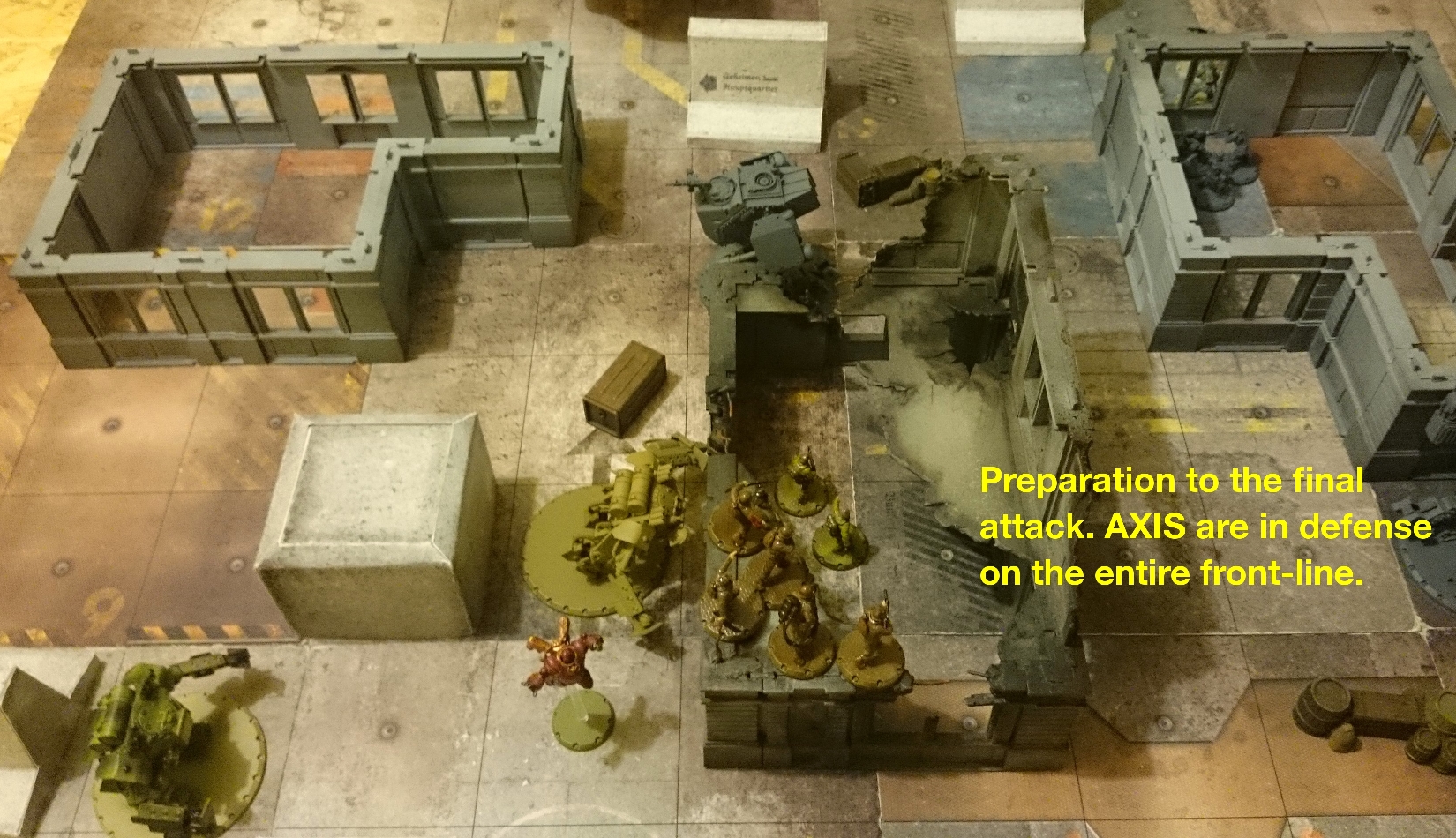 Finally during fourth or fifth turn they took over „The Alamo”. After few additional punches during sixth turn we agreed that’s over. 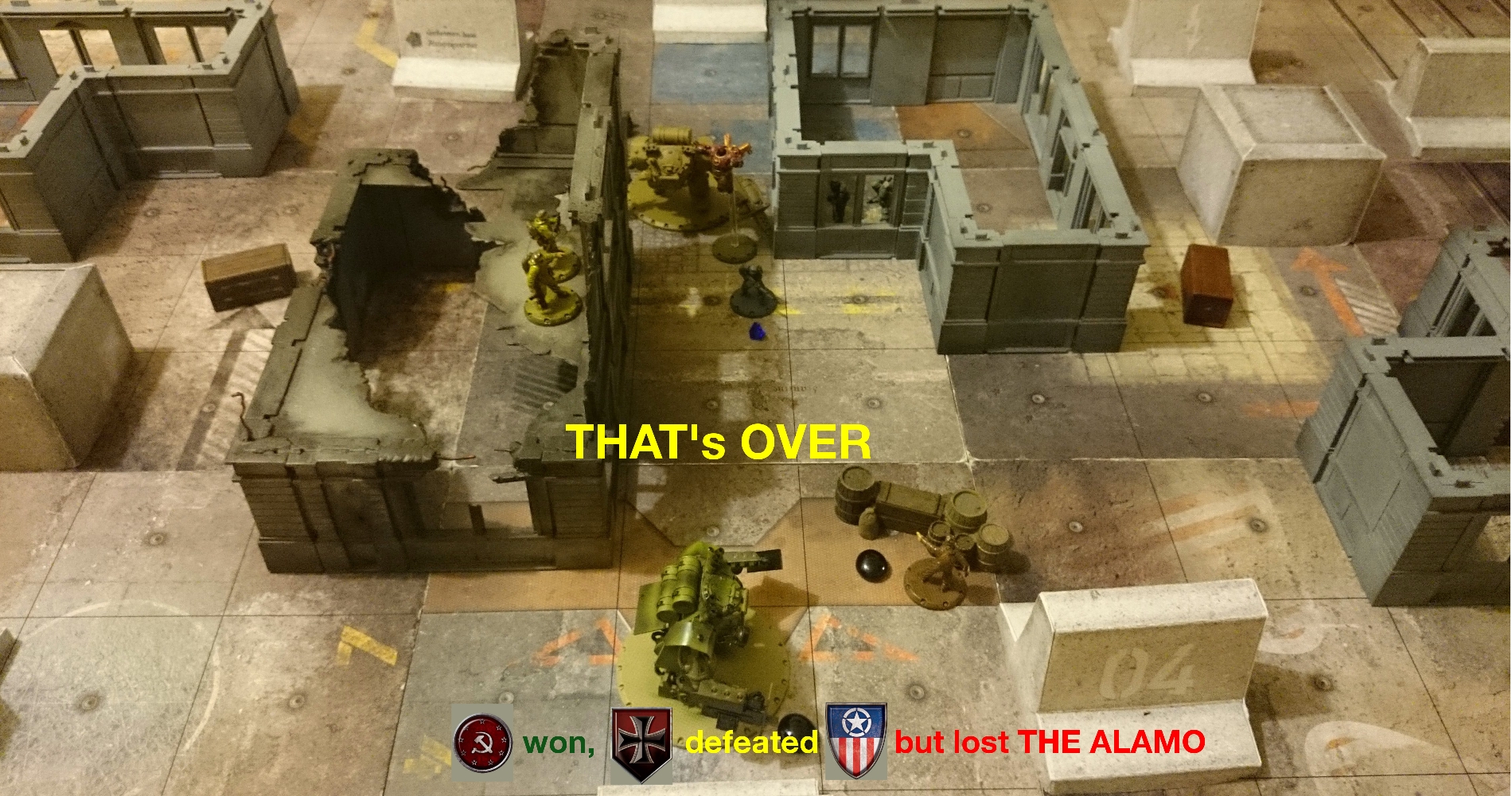 That was very good battle with demanding opponents. I hope to try again quite soon. Whole battle gallery are below.