You are here: Home / Allies / News / Sherman M4A3E8 – some words about concept and model itself… 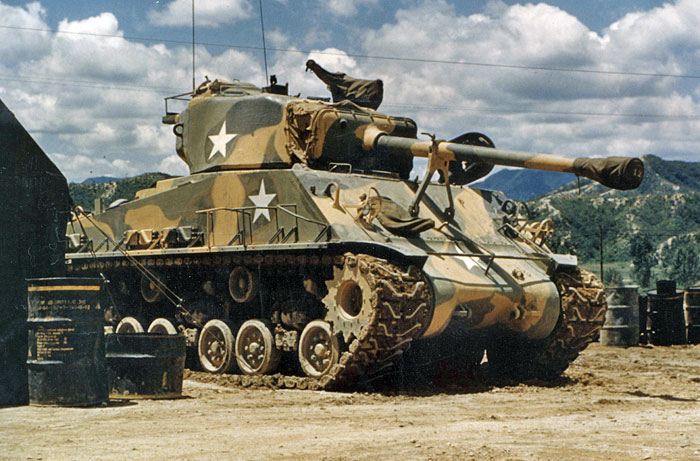 „…M4A3E8 (76) was the first to be factory-produced with the option of the horizontal volute spring suspension (HVSS) system, with wider tracks to distribute weight, and the smooth ride of the HVSS with its experimental E8 designation led to the nickname Easy Eight for Shermans so equipped….” (If you look for more information first source could be here http://en.wikipedia.org/wiki/M4_Sherman)

We chose Sherman for my son Dust Allies forces. The reason was that we like Sherman’s very much and it was one of the most popular tank during World War II.

Moreover they were in duty during Korean War, so for sure Sherman’s would be in service during Dust War. 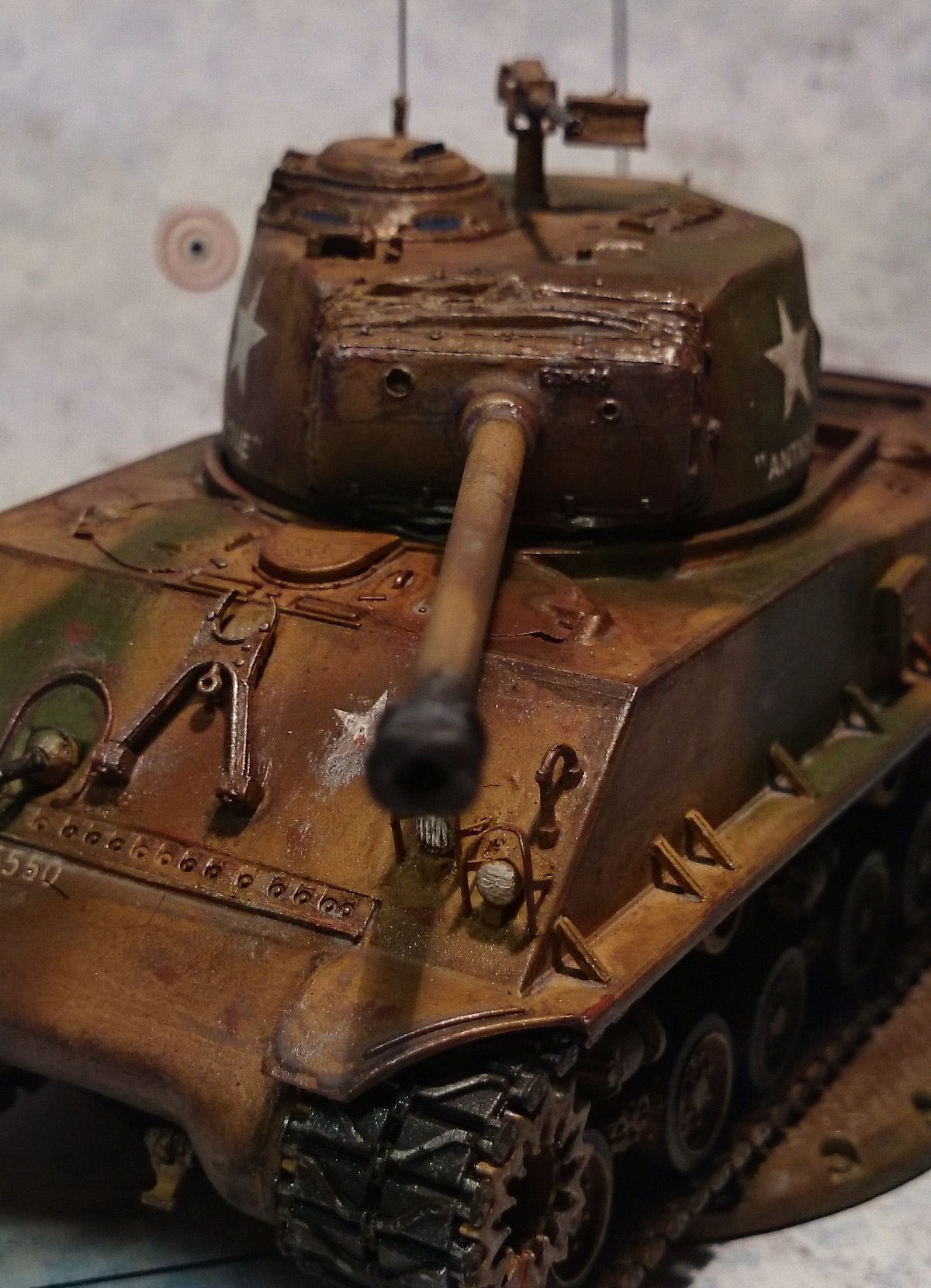 It’s summer 1948, Mickey’s, Pounder’s and other walkers are main iron fists of Allies on Middle Easy front. Shermans, Halftrucks and Greyhounds support main forces on the front line. Power of Sherman main artillery is very useful against light armor SSU walkers. They are used to control occupied areas also. Much cheaper but also quite effective. War goes on….

When we decided to build Sherman I started to look for model most accurate to our needs. Finally we chose Korean War Sherman M4A3E8 produced by HOBBY BOSS. Relatively cheap (around 60PLN / 12-14 Euro) but good.

Unfortunately I discovered some small traps and difficulties during work on it. Plastic was really thin. I have to be very careful especially with tiny elements. Finally, after few nights and two weekends I have finalized the model.

I paint model in three colors camo which I prepared for all Middle East/African Allies. I used Valleyo paints; Desert Yellow 70977, Olive Green 70967, Us field drab 70873. Lot’s of work but it worth to did it. After photo session many interesting effects appeared. They were created during the final stage of painting (dry painting, washes, weatherings, etc….). Please, look and judge by yourself. I enclosed some zoom photos below.

The final steps of dustification was linked with edition of stats and card. It took time, cause there were many consultations. After several discussions (thanks guys from our Facebook community ) I have prepared final version of card for my precious :).

I decided to use combination of stats based on following existed official units; Movement &amp; size, smoke ability – Pershing II; Armor, vitality, main gun, machine guns – Pounder. Model cost 16 points which is price for the comfort of use the customized model.

Just to sum up, I real like final effect. I didn’t expect that Sherman would look so nice. Few photos are below.

Fill free to build Sherman’s, use my custom card and enjoy next dustified battle.