All my heavy infantry units are painted. Now I can write a few words. By the way, in case of other units I will do this same way – first painting then my personal comments about units.

As you can see, some of them are in snowy climate, they were painted before Babylon edition. My wife told me, that it would stupid to paint over units prepared earlier. Some are more in the middle-east / desert style according to current trend (damn, I follow the trend 🙂 ) .

Allies heavies can be divided into two type of units – the flying units and phasers land forces. This diversity influence on roles during battles. 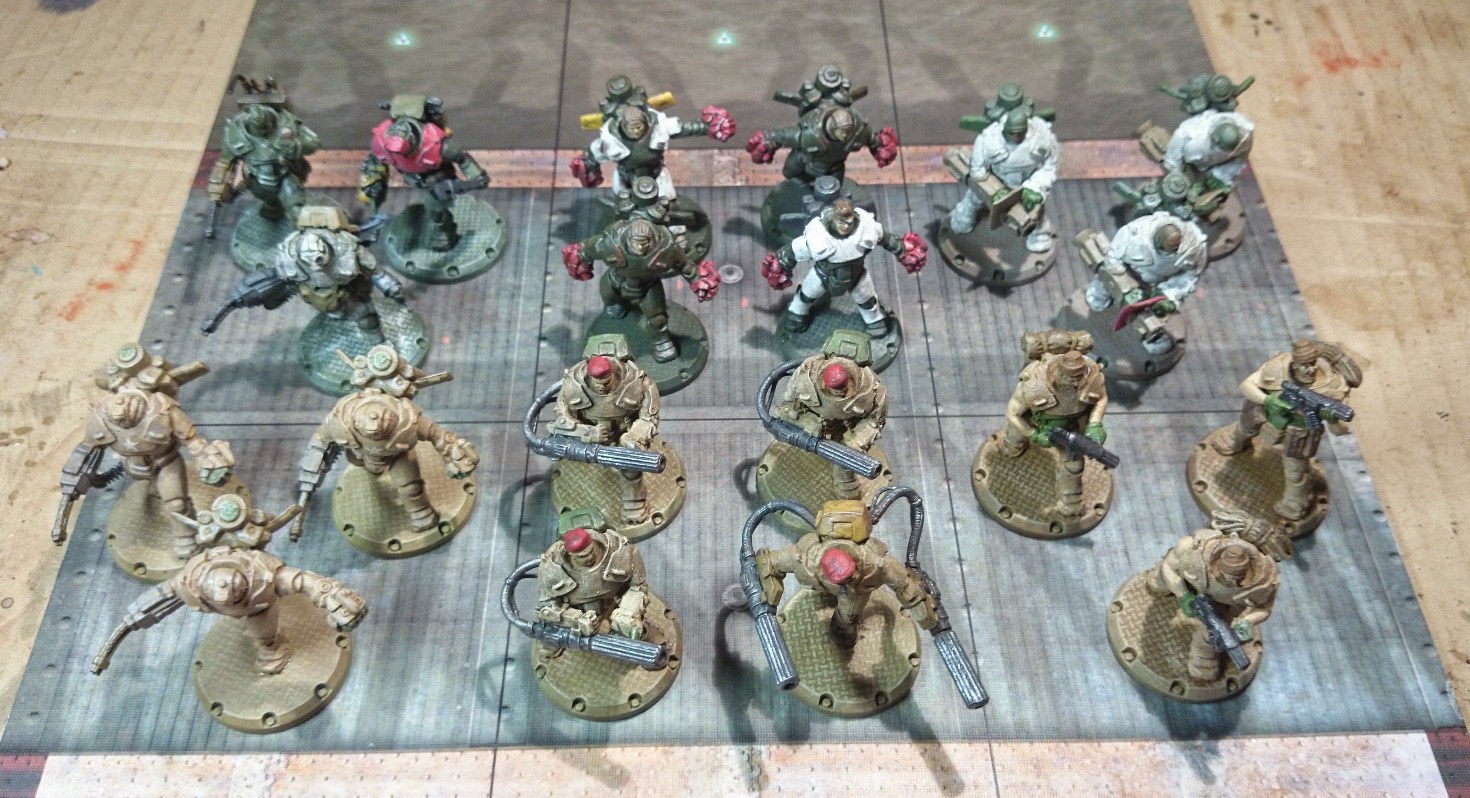 Flying units … yes, besides being heavy units, they can fly.

As the consequence these units ignore influence of any terrain. Moreover all of them could be used against planes in close combat. Fantastic deal. They are also much faster vs. tradition infantry, especially march move 6 is a visible advantage. I have three units and one hero. 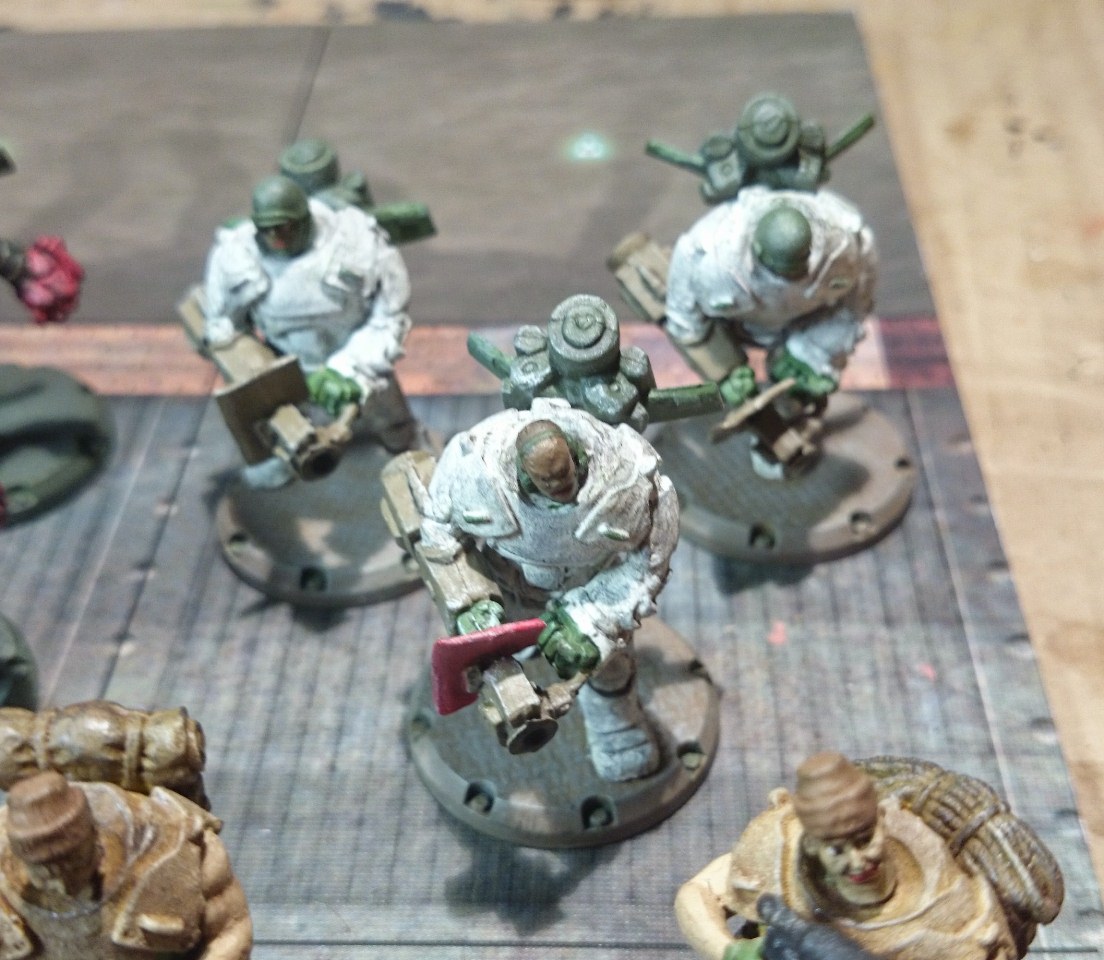 GRIM REAPERS – fast and deadly against infantries and any planes. Very useful if you have to eliminate light infantry. Whole unit use 33 dices against infantry with armor 2. Due to fly ability unit can just jump though obstacle and shoot out whole enemy units during one action.

TANK BUSTERS – Extremely effective vs. walkers. Both weapons (Rocket Punch and Bazooka) are deadly with more than less at least 3 wounds per 1 hit. Moreover punch can be used against choppers and planes with armor 1.

HAMMERS – Hammers have to be eliminated before they come closer to your infantry or mechs. In close combat they strike first, 6 dice per unit, each hit means 3 wounds and no save, cause it’s close combat. Moreover Hammers may use CHARGED ability (6 points March Move + Attack).

This unit could be combined with RHINO, the allies hero officer which increase efficiency and agility of this combo.

Phasers are deadly for units even if they are hidden. In case of mechs there is no chance to survive if phasers hits. 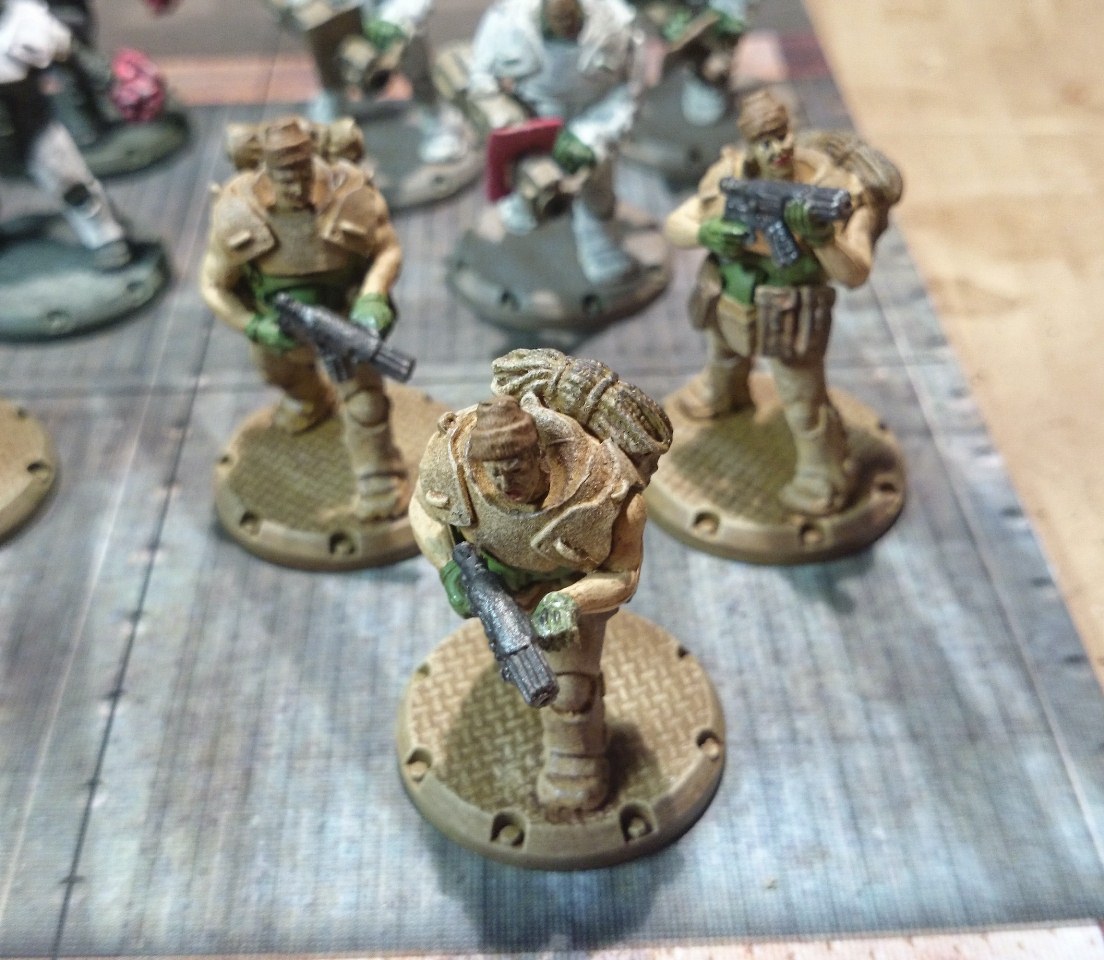 DEVIL’S OWN / LEGIO PATRIA NOSTRA – optional (British or French unit) commando team armed with anti infantry phaser machine-guns. DEVIL’S OWN were really danger when I played during European Championship. My opponent used very effective combination of SCOUT ability and phasers advantage (no hard cover). I really like this unit.

RED DEVILS – Just Red Devils, British long distance heavy phasers (6 fields) and rocket punch for close combat. So far I haven’t chance to play this unit or against it. The hero&officer ACTION JACKSON could extend march distance of that unit thanks to AT THE DOUBLE ability. 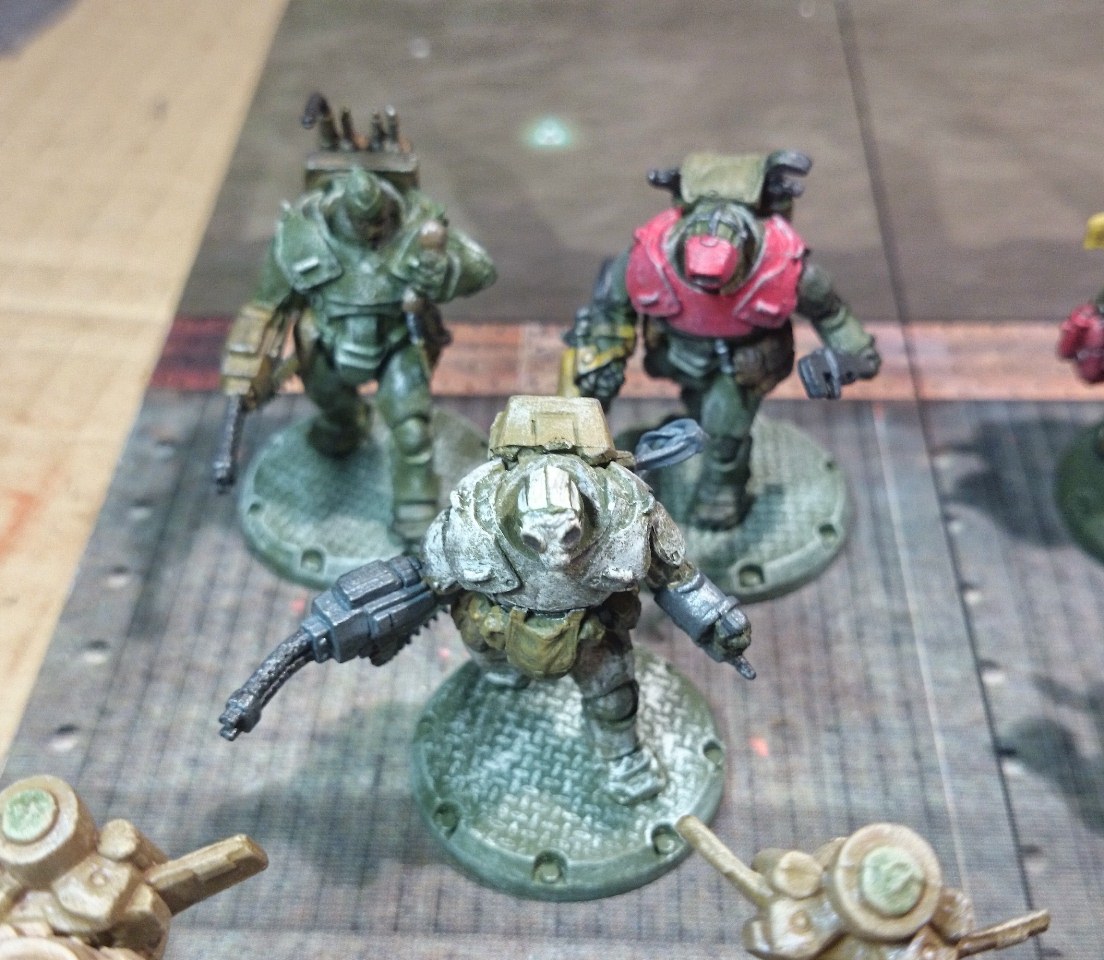 THE BIG BOSS – last but not least officers. Command squad which consist of the Officer/ Radio-operator, Mechanic, Medic. This unit is very powerful also because of weapons – 2 Twin Victory MG’s these same like in case of GRIM REAPERS and one flamethrower.

…End of report, all gallery are below,

any comments are most welcome