Free Ukraine Infantry Company supported by Mercenary “Sisters of Mayhem”, Artillery Tractor “The Avenger” and Medium Walker KV3 called “The Death Dealer” had the contact with SSU units. SSU represented typical mix of several infantry units such as Red Storm, Fakyeli of Heavy Steel Tornado. There were some SSU mechs also. Skirmish took place on the roadside of the village. In that location were two buildings, several trees and some concrete elements of the walls (the remains of the checkpoint).

SSU were very aggressive. Part of them wanted to walk around the Ukraine battalion in order to set up second front lines. Free Ukraine have enough forces to force back such a move for a while. Red Hunters took position and control potential path of SSU approach from left flank. As it was expected, part of SSU units appeared on that direction (Fakyeli, Red Thunder and Nadya). That was matter of time then they start to push back Red Hunters.

But key moments of battle had started on right flanks. SSU Platoon of three squads ( Fakyeli, Red Storm and Steel Tornado) prepared to attack building. Unit were supported by Matrioshka and led by Kosha with Grand’Ma. Thankfully Matrioshka was behind trees and couldn’t use its heavy artillery. 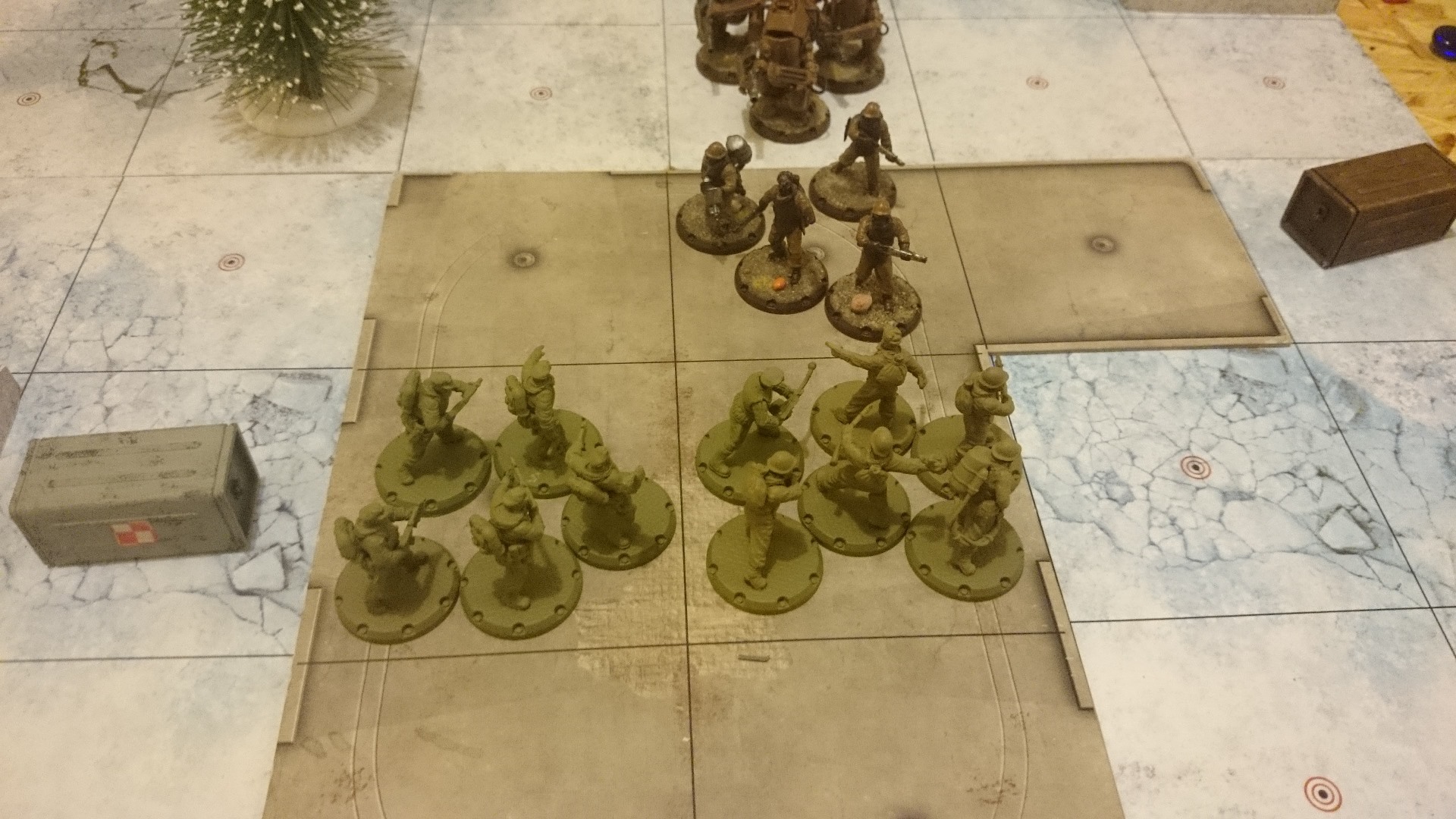 In response, Free Ukraine squads received the order to take a foothold inside home and bombard enemies from any type of ranged weapons. Fakyeli with Red Commissar and Tiger Claws moved forward, attacked and eliminated Red Storms as well as gnawed off the SSU Fakyeli.

Turn 2 – Who will control building

Despite of Red Fury support left front were collapsed. Red Hunter were decimated and had to move back. But strategic target were achieve, left front held back the enemies still. That’s why cleaning out SSU approaching to Free Ukraine stronghold within building were crucial.

Free Ukraine forces used Mercenary squad to clean up building, after that Fakyeli together with Tiger Claws assaulted SSU. SSU tried to bite out but wasn’t able to stop these squads. Even Koshka direct involvement didn’t help them. At the end of this turn Free Ukrainians controlled building. Unfortunate that wasn’t able to achieve without losses. Tiger Claws and most of Fakyeli were eliminated. 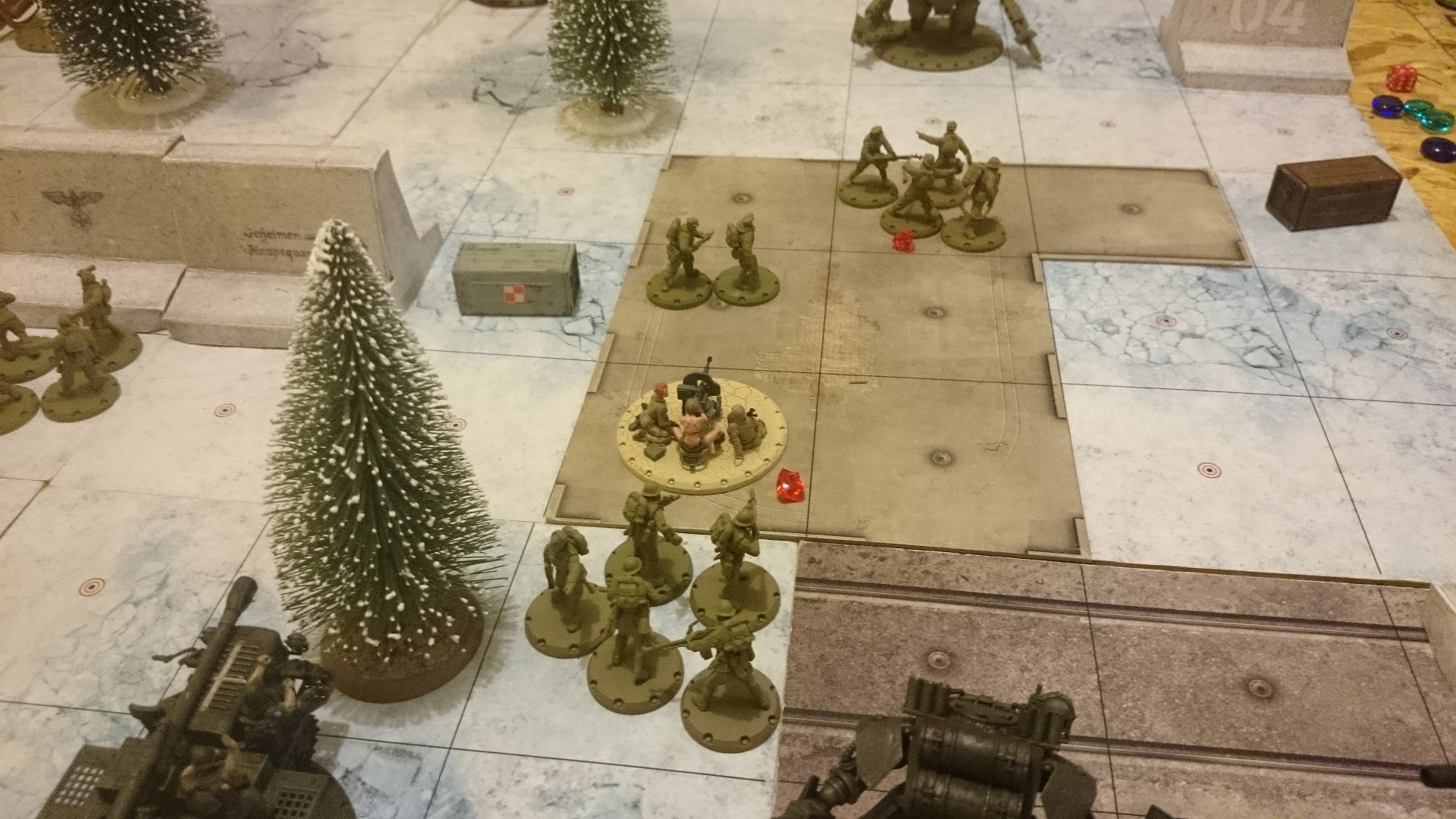 At this same time Nadya tried to get close to the building on the left side. Their flames were very dangers. Ukrainians sent Red Storm unit to secure line and eliminate Nadya. That attack was perfect and Nadya were eliminated without any losses on our sideJ. But Martioshka were close…very close…

That was moment of truth. Ukraine Matrioshka walked around the building and attacked Grand’Ma from right flank. “Death Dealer” used both 152 mm guns and two machine guns to smash Grand’Ma. Unfortunately Koshka saved and moved behind SSU Matrioshka. That was only one way to protect her for SSU.

Mine while SSU infantry squads tried to march into Ukraine Stronghold again. Fakyeli and Red Thunders eliminated rest of Tiger Claws and Red Fury and were ready to storm Ukraine positions. But thanks to Red Command (Second Officer squad) reinforcement was called to stop this attack.

Recalled Red Storms made their job without any mistakes. Both SSU squads, Fakyeli and Red Thunder were destroyed. At the end SSU Matrioshka crushed Ukrainian Red Storms as the revenge for last losses and prepared for challenge… 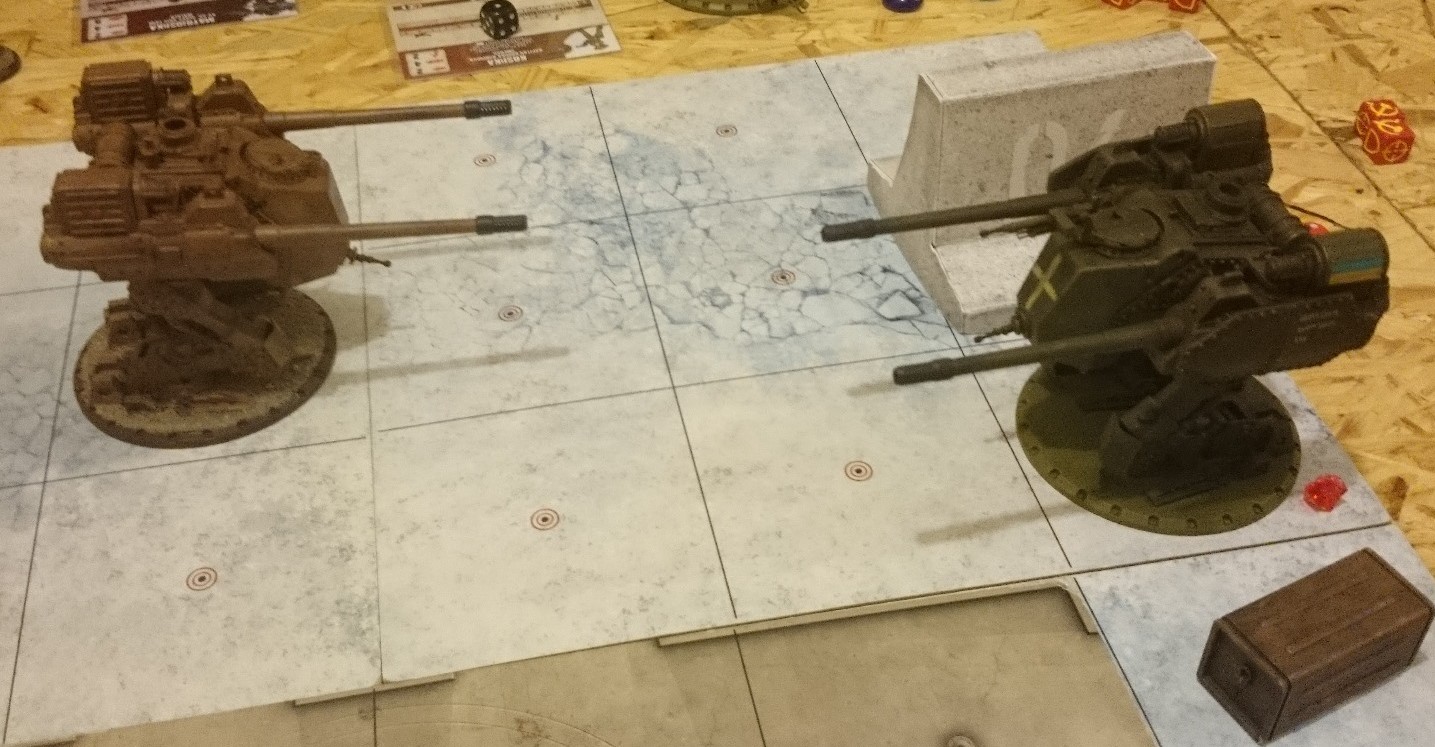 Turn begun from Matrioshka’s challenge. Both walkers shoot each other but without final resolve. But Ukraine Matrioshka was reactivated and finalized this due. That was winning challenge. It was obvious and Red Storm squad surrounded rest of SSU and be ready to attack Kosha.

Recalled SSU Grand ‘Ma had no chance against Matrioshka Fire Power. Red Storms eliminated Koshka . That was the end of SSU Platoon.

Please, enjoy gallery of the whole battle. Many thanks Jahu for very good game 🙂