Last weekend Marek, Jaqbek, Jahu and Me played massive Dust Tactics battle. 4 times 150 points armies. I fact we played two armies, each had 300 points. Armies were split into two battalions, each battalion led by own Officer :). Exotic Alliance between ALLIES and AXIS vs. comradeship of Ukraine and SSU – East Forces. 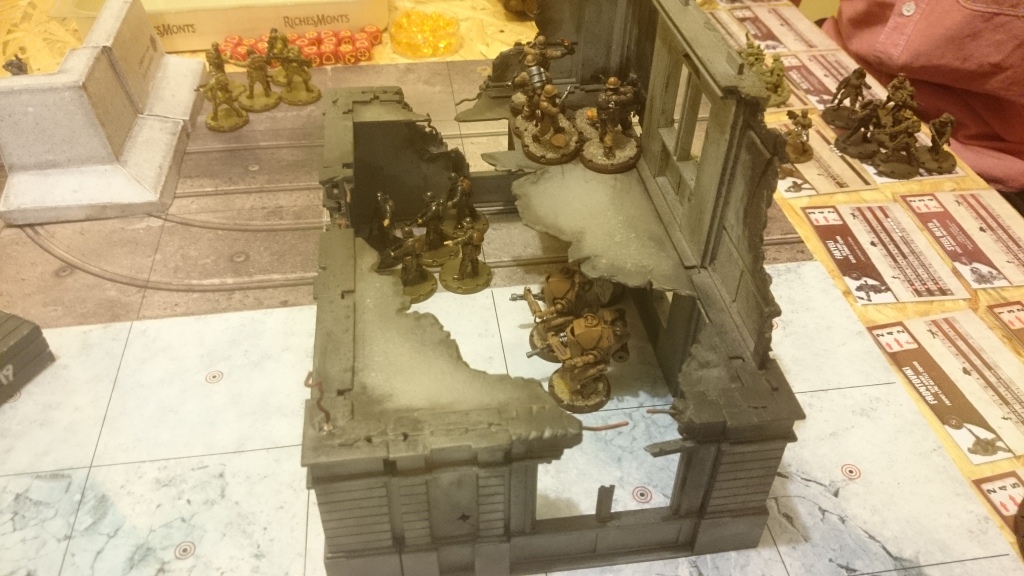 Our opponents had to meet Jahu SSU supported by STEEL heavy units, Tank and Matrioshka and my Ukraine battalion based on light infantry supported by Matrioshka, RED FURY and four light KV47 led by Grand’Ma and Koshka (LOVE IT!!!) . 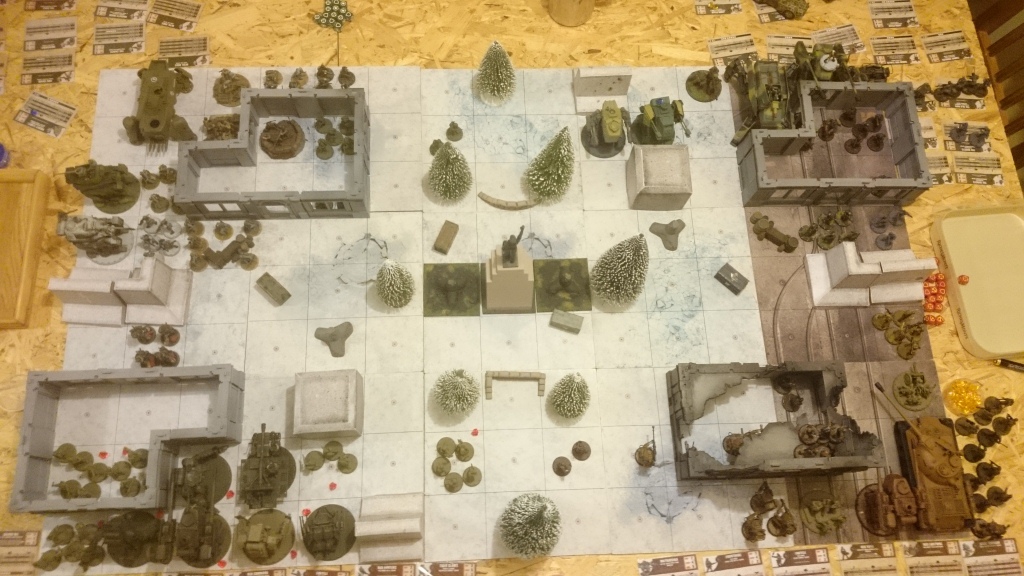 During 2,5 hours we played 4 turns. Very intensive, lots of changes and plot twists. In some moments East Forces won in some Exotic Alliance.

Finally Exotic Alliance won on points cause any of fractions didn’t reach objective (be able to control at least one building of the opponent).

Final situation at the end of 4th turn. 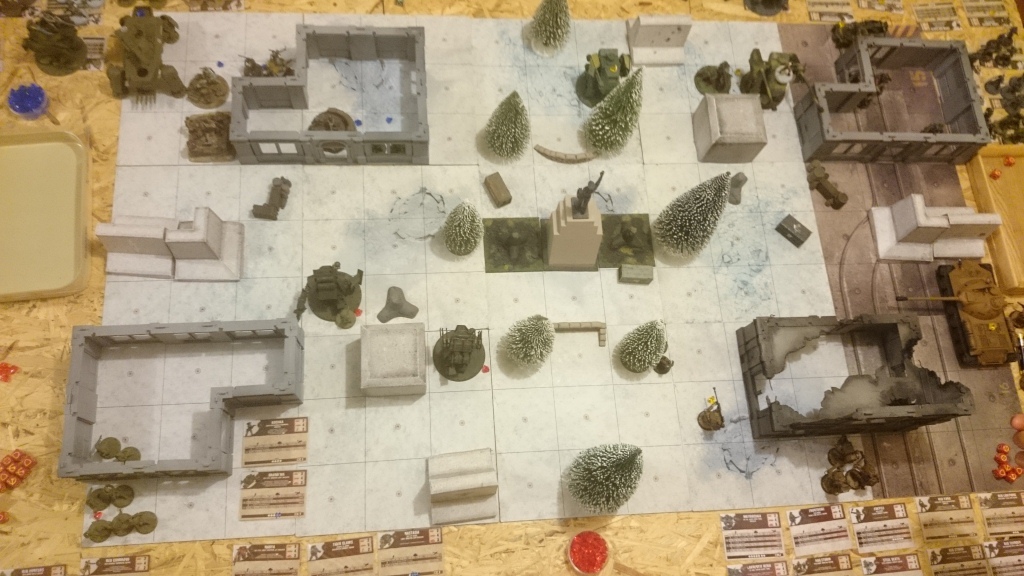 Congratulation for Winners, that was a GAME :).

All photos bellow in gallery.